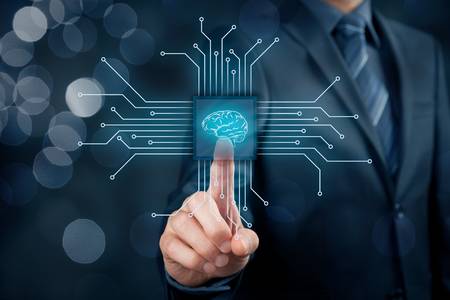 There are many open source packages out there that will allow you to do facial/object recognition from a given image/picture. This particular implementation focuses on machinebox.io’s facebox and tagbox to detect faces and objects. You can also use the same to train new faces and objects giving you more power, and more importantly EVERYTHING runs locally. machinebox.io’s uses machine learning to detect faces (using faceprint), and you can also train facebox to detect new faces.The ingenuity of machinebox is that you never know you are working with a typical machine learning program. All the machine learning complexity is completely hidden from you, and an extremely easy to use interface and API access is provided to you. That is what we will use to detect and train faces here.

Before you install, you need to get a KEY from machinebox.io. The key is required for you to run facebox and tagbox. So signup, get your key, and run the following commands to get started.

If you are not familiar with docker, the above commands basically downloads, installs and runs the machinebox software. The --restart=always option basically restarts the application if it crashes for any reason. The -d option indicates that the application should run as a daemon/background service. That way, after running the command, you can close the terminal, and the application is still running in the background. The -e option basically gives access to the environment to the docker, so that it can read the MB_KEY. You can also simply pass the key if you don’t want to use -e option. The -p option sets the port on which the app and container listens on. The --name=xxx option allows you to give custom name. This is completely optional! The last variable machinebox/xxxbox is the actual command you are running.

Please note that the port numbers that the apps are listening are different for each application, but the container is listening on same port #8080. After running the commands, go to the following URLs to access facebox and tagbox respectively.

If you already have those ports in use, you have the flexibility to change them in the docker run ... command.

The MB_KEY is same for all machinebox products, and that key specifies what type of subscription you have - whether it is FREE or Small/Medium/Large Business license.

https://www.machinebox.io has so many other products like textbox, videobox, and more. We will only explore (hardly) facebox and tagbox in here.

I use a free version, which means the state management is disabled. What that means is that all the training that I do with facebox and/or tagbox is discarded conveniently as soon as I restart the application. Yes, that’s a bummer!

When you use commercial license, there is a way you can export and import data to maintain the state. To get around this problem, I wrote a few scripts that I manually run to re-train the facebox and tagbox on-demand. I may waste a few CPU cycles, but I am okay as long as everything is running locally, and I have plenty of hardware resources that I can spare and scale. I run the script after restarting the docker container(s) - facebox and tagbox. Speaking of docker container, if you haven’t used, I highly recommend using Portainer! You will not regret, it is an awesome way to manage your docker containers.

Here is the script that I run to re-train faces using facebox. I can use the same concept to train objects using tagbox as well. The script runs on Windows machine. It is where all my pictures are, and it is a pain in the butt to copy over all my pictures to a headless linux/ubuntu operating system just to train faces. Since the script calls curl command, the script is pretty simple.

Facebox allows you to test, train and inspect using the application itself. It also has an API and using curl commands you can train additional faces and objects. The following script uses curl command and processes all the images in a folder.

There are a few things that you need to change in the script below.

Machinebox recently announced that they support saving the state for free subscription as well. Once you train the faces, you do not need to re-train after restart.

Thank you for visiting my blog. Please be sure to visit my github repo at https://github.com/skalavala